In a previous post I have shown how to set up a minimal server logging infrastructure on a Raspberry Pi with just a few (<25) lines of Python code.

In this part of the tutorial I will show how to set up the Statsd server to connect to.

Once your server is up and running, you should log in via ssh and add yourself to the docker group like so

After this you need to close the connection and log in again for this change to take effect.

You should verify that your installation works by running a simple container, e.g.

There is a great docker container from here https://github.com/kamon-io/docker-grafana-graphite which I took as a basis for my statsd server.

I have done the following changes to it for our purpose:

this will pull the image from the docker hub and start it. There will be two local folders for docker volumes, “./logs” and “./data”. 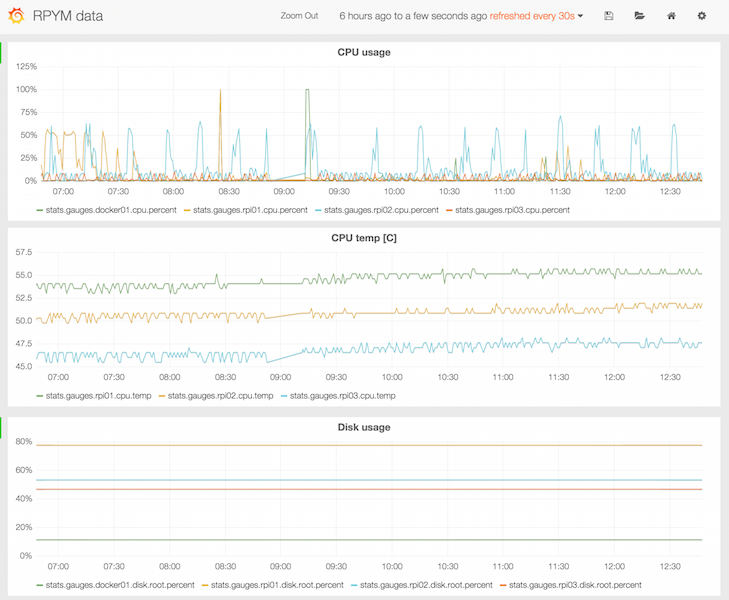 If you are now sending the RPYM data to the statsd server as described previously then you can see all the nice Data from CPU usage, CPU temperature, and also from the disk usage (added recently, after the first part of this series of blog posts).

I hope you enjoy, let me know what you think.